We’re celebrating our one-year anniversary on Conversations with Big Rich with a release of the first episode of Season 2 – episode 52 features Thomas Kingston of Spidertrax fame.

Thom Kingston, self-professed, highly competitive, problem-solver, shares all-things Spidertrax, from Birfield rings to Spider 9’s and how one led to the next. An authentic conversation with a true mover-and-shaker in the industry.

13:41 – top ten in the SAE competition with an amphibious vehicle

31:18 – how we were able to pull off Spidertrax in college, we can’t hide anymore

45:17 – Shifted our focus from competing ourselves to building components to work with teams 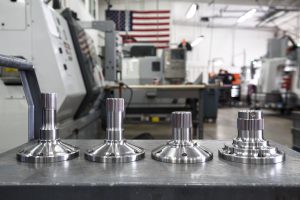 On today’s episode of Conversations with Big Rich, we have Thomas Kingston known otherwise as Thom. Thom is the owner of Spidetrax and has been in the industry at least as long as myself, and probably longer.

But we’re going to talk to Thom about the beginnings of his four wheel drive life and his life in general and how Spidertax came about. So I want to thank Thom. Thank you for coming on board and being our guest. This is our one-year anniversary show, and it’s good to have you on board.

Thanks Big. Thanks for having me. And congratulations on the podcast. You’re doing a great job.

Well, thank you. So let’s let’s get right into the meat and potatoes. Where did you grow up?

New Jersey or otherwise known as Jersey, for those that live there, and I spent a lot of my life there and started Spidertrax toward the end of my Jersey journey and eventually moved out to Colorado in 2001. So Nutley, New Jersey, and of course, went to school at NJIT, New Jersey Institute of Technology, where Spidertrax started.

OK, let’s let’s go even earlier, when you were a youth growing up in Jersey now, was it Jersey Shore? You don’t. Whenever I hear Jersey, I always think Guido’s, you know, so.

Oh, that side. OK, so then I don’t want to mess with you then. OK, so let’s let’s talk about those early years going to school.

I know that you’re you are absolutely one of the most intelligent people that I know. So I would imagine your you’re going to let you down here than sorry. No, I appreciate that. Now, you’ve done some of the stuff that you’ve innovated and put together and in a lot of that stuff will get into has been phenomenal. But your your background, when you were going to school was there. This is a question I ask. Almost everybody. Was there sports involved or was it more scholastic?

Yeah, that’s that’s interesting, so on the school side before college, so a pre- university on the on the scholastic side of for me, I just I love solving problems. I was a problem solving kind of guy. So math and science always came easy to me. Everything else was insanely difficult.

On the sports side.

I bounced around a bit early, but later on in high school, I got a lot of people don’t know this, but I got really into a rifle and we had a rifle team in high school.

And actually in 95 I’m first in states. So this is rifle prone position, 50 foot, no sights, no magnification, that is. And I was really into that. So I did that for four years and it became a real big passion of mine such that, you know, after winning after winning nationals and you kind of have in the background I did for math and science, I was about about daily contacted by by different groups in the armed services like they were they were really into it.  READ MORE

Big Rich is the host of Conversations with Big Rich podcast, a serial entrepreneur, he also is the CEO/President of W.E. Rock Events, a nationwide competitive rock crawling event and the Publisher of 4Low Magazine. Daily he strives to support the off-road community.

Categories
Recent Posts
This site uses cookies to offer you a better browsing experience. By browsing this website, you agree to our use of cookies.
Accept