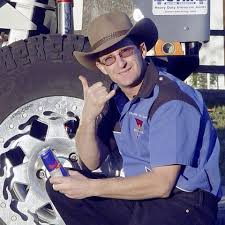 Professional athlete since age 17, Dustin Webster shares his cliff diving adventures, rockcrawling and what it takes to be a professional athlete.  The stories are all here, from diving off platforms in Croatia to racing King of the Hammers. Join us to here the inside track on the life and times of Dustin Webster, the first North American Red Bull athlete.

**we’re still new to podcasting and didn’t realize a chirp had developed in the recording of this episode.  Stick with it, the interview is that good.  We’ve fixed it for future episodes.**

6:48 Want to know who the ‘Sugar Daddy’ of rock-crawling is?  Dustin tells us what he thinks

25:53 How Dustin tricked his wife in to being a rockcrawler

33:02 What it really takes to take care of your marketing partners

44:00 The biggest risk I ever took in a car.  You’re not going to believe what Dustin had to do

1:14:39 Sharing the spotlight, Dustin proves his class yet once again.

Yeah, you’re a little blue. Yeah, not under the weather.

Oh, but I have been, I’ve have been destroyed. I was with through COVID protocol, and I was down to quarter breaths and full-on full pneumonia, and, you know, after the hospital and the whole works so for me, it’s been

So did you have it?

few weeks? There’s a problem. I’m too young to test. I went in, the doctors probably got it in Kaiser. And the Kaiser system in Southern California says we got, like, 1000 tests to go around all Kaiser hospitals. He said so it’s only for the elderly and immuno compromised. He does. So I cannot do anything for you right now. This is there’s no testing, so I’m gonna send you home. I want you to make sure that you ah, you go ahead and self quarantine. And so that was I got God ultra sick on the second of this month and then I was sick a few days before that as well, but it went away and I felt great and then boy, did it hit me. And I was up in Montana at a at an international ski event. So people have flown in from all over the place and I get really sick and was, like, you know, literally, uh, that was my breathing  READ MORE

Big Rich is the host of Conversations with Big Rich podcast, a serial entrepreneur, he also is the CEO/President of W.E. Rock Events, a nationwide competitive rock crawling event and the Publisher of 4Low Magazine. Daily he strives to support the off-road community.

Categories
Recent Posts
This site uses cookies to offer you a better browsing experience. By browsing this website, you agree to our use of cookies.
Accept